There is a saying where there is Dhokla where it is Gujrati or where there is Gujrati there is Dhokla. By this saying, it has come to know that Dhokla is the favorite food dish of Gujarati people, but gradually this dish has reached all the states of India and even abroad. This is a healthy and delicious dish, how to make Dhokla and the recipe for making Gujarati Style Instant Dhokla Recipe is given below, but before that, let us know some important things about Dhokla.

Some books are written in Jainism in the 12th century ie 900 years ago, in which Dhokla is described as Dukiya. The Jains considered Dhokla to be pure vegetarian food as it was made of rice or sometimes made with urad ki dal. Later in the 18th century, some changes were made to the dhokla by the British, like they started adding green chillies, asafoetida and mustard tempering, which changed its taste. 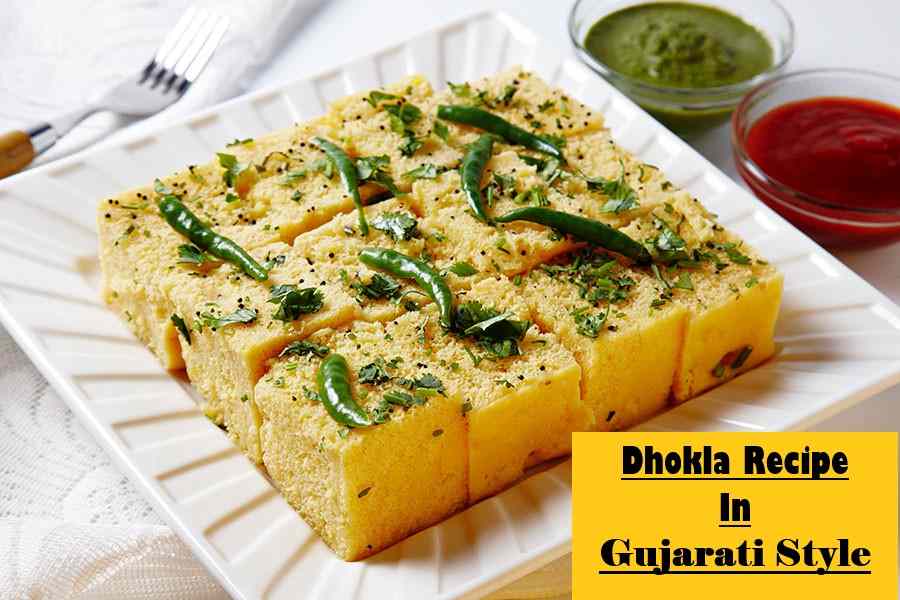 How to Make Dhokla At Home/Khaman Dhokla

1. To make Dhokla, first, take a large bowl and sieve a cup of gram flour with a sieve to make the gram flour soft.

4. While getting it, take care not to add too much water to the gram flour or else it will become very thin, stir it for 4 to 5 minutes so that it becomes slightly soft.

5. After making the batter, keep it for 10 minutes.

6. Now take a cake tan and put some ghee in it and apply it all over your hands.

7. After applying the paste of ghee, you will put butter paper on the base of the cake tan. If you do not have butter paper, you can also replace it with dry flour so that the dhokla will not stick to the bottom and will come out easily.

8. Now take a large pan and put it on the gas, add 2 glasses of water to the pan and let the water boil for 4 to 5 minutes.

9. After adding water, we will put a stand on which we have to put a cake tan.

10. While the water is getting hot, we will mix it well by adding a spoon of oil in our gram flour batter, so that Dhokla becomes even more spongy.

11. After that, add 1 teaspoon of ENO powder to it as well as squeeze the juice of 1 lemon and mix them all from one side.

12. Now put the batter in the cake ten quickly and shake the cake tan and bring the whole batter to a level.

13. We will keep this cake tan in the water which we kept for heating and let it cook for at least 15 minutes on high heat.

14. After 15 minutes we will check the dhokla, take a knife and cut the dhokla if it is very clean, it means the dhokla is cooked well.

15. After cooking, keep it to cool for 4 to 5 minutes and now it needs to be prepared for tempering.

16. Take a pan and add 1 tablespoon of ghee to it, after the ghee is heated, add 1/2 tablespoon of mustard seeds and leave the mustard till it crackles well.

18. After that add 1 cup of water and allow it to boil, then add 1/2 tablespoon salt, 1 tablespoon of sugar (if you do not like to eat too much sweet), then add half lemon juice, add some Will cook well for seconds.

19. Dhokla tempering is ready, now we'll keep it to cool down for a while.

20. Now our dhokla is also ready in the cake tan, take it out of the cake tan easily and cut it into a square shape with the help of a knife.

Curry Leaves Benefits, Uses for Hair with Some Tips

21. Now put the cold tempering over the dhokla. Remember that both the dhokla and the tadka should be cooled so that the dhokla becomes more spongy and soft.

22. Our delicious Dhokla is ready, you can eat it with chutney or fried green chillies and get the applause of your friends and family.

Peanut Gajjak - How to Make Gajjak at Home 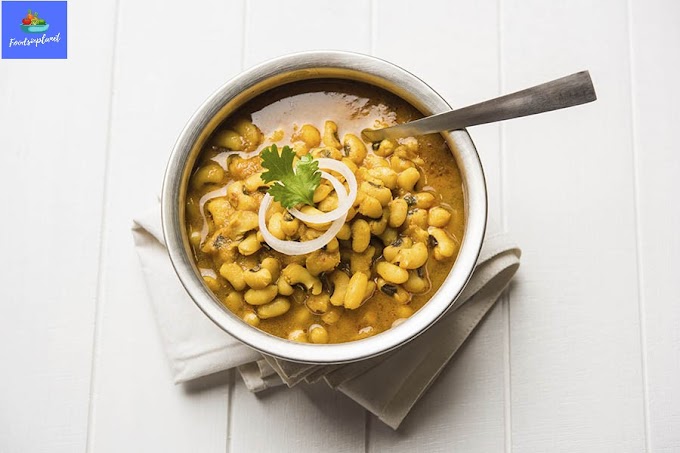 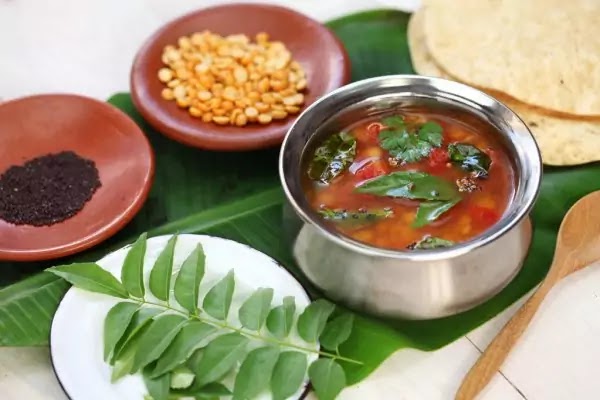